Sorry! This workshop is now full.

Each week has its own, unique focus: 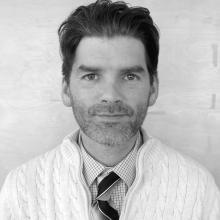 Instructor Nathan Bush earned his B.A. in Theatre from the University of Kentucky in 2011 and a Masters in the Fine Arts in Acting in 2013. He currently leads Theatre Enrichment Programs for Lincoln County School District, is an active fight choreographer and dialect coach, and previously taught Acting and Advanced Acting courses for Oregon State University. He has performed at the Newport Performing Center for Red Octopus Theatre Company as R.P. McMurphy in One Flew Over the Cuckoo’s Nest, as notorious dentist Orin Scrivello (and a host of other characters) in Little Shop of Horrors, and will be seen as Mad Hatter in the upcoming (delayed) production of Alice’s Adventures in Wonderland: A Curiously Magical Journey.

Costuming:  Carla Landis Evans was a wedding dress designer when she met a member of the St Louis theatre community who suggested she consider theatre design.  After a season as a seamstress, she became a staff costume designer in 1996 for St Louis Shakespeare Company.  She became resident costumer for SLSC’s satirical off-shoot company Magic Smoking Monkey Theatre in 1999. During this time, Carla worked for The Shakespeare Festival of St Louis, Historyonics Theatre Company of the St Louis History Museum, and The Fox Theatre Broadway Series, among others.  She took a break from theatre design to return to apparel/accessory design until offered a position at St Louis Actors Studio’s new theatre festival in the summer of 2013 and from there became a staff costume designer and the resident prop designer. In 2014 she took on the position of lead/resident costume designer with the company in both St Louis and New York.   In 2015, Carla was hired as an Artist in Residence at John Burroughs School in St Louis to design costumes for their season and manage their costume shop in their newly built state-of-the-art theatre complex where she still enjoys working with the enthusiastic talented middle and high school students.  She left the professional theatre design world in 2017 but remains involved with the community by sharing her experience by serving on the board of Solid Lines Productions theatre company in St. Louis.