Welcome to the Oregon Coast Online Art Show! As galleries, art centers and other creative spaces remain shuttered, artists from Brookings to Astoria, and points around Oregon, have come together to share their work and build a sense for creative community.

This online art show has been opened to any artist living on the Oregon coast, artists who have exhibited their work at the Newport Visual Arts Center or who are current members of the Oregon Coast Council for the Arts. Special thanks to the 157 artists currently participating–you represent 56 towns and 6 U.S. states, coastal creatives from every corner of the coast, and beyond.

If you would like to participate, the show remains open for submission. Email Tom Webb at twebb@coastarts.org or view the complete submission guidelines as a PDF.

Enjoy! Featured artists on this first gallery page will rotate throughout the show’s run. The remaining artists are listed in alphabetical order on the following gallery pages. (See how many artists you know or recognize.)

To purchase work(s), or for more information and images, contact OCCA VAC Director Tom Webb at twebb@coastarts.org or 541-265-6569!

Please consider donating to the Oregon Coast Council for the Arts:

Bio: Jill Marks is a daytime physical therapist and after hours artist. She grew up completely intimidated by creating art, fell in love with gyotaku and is now “hooked.”

Note: Gyotaku is a traditional Japanese art form and translates to “fish rubbing.” 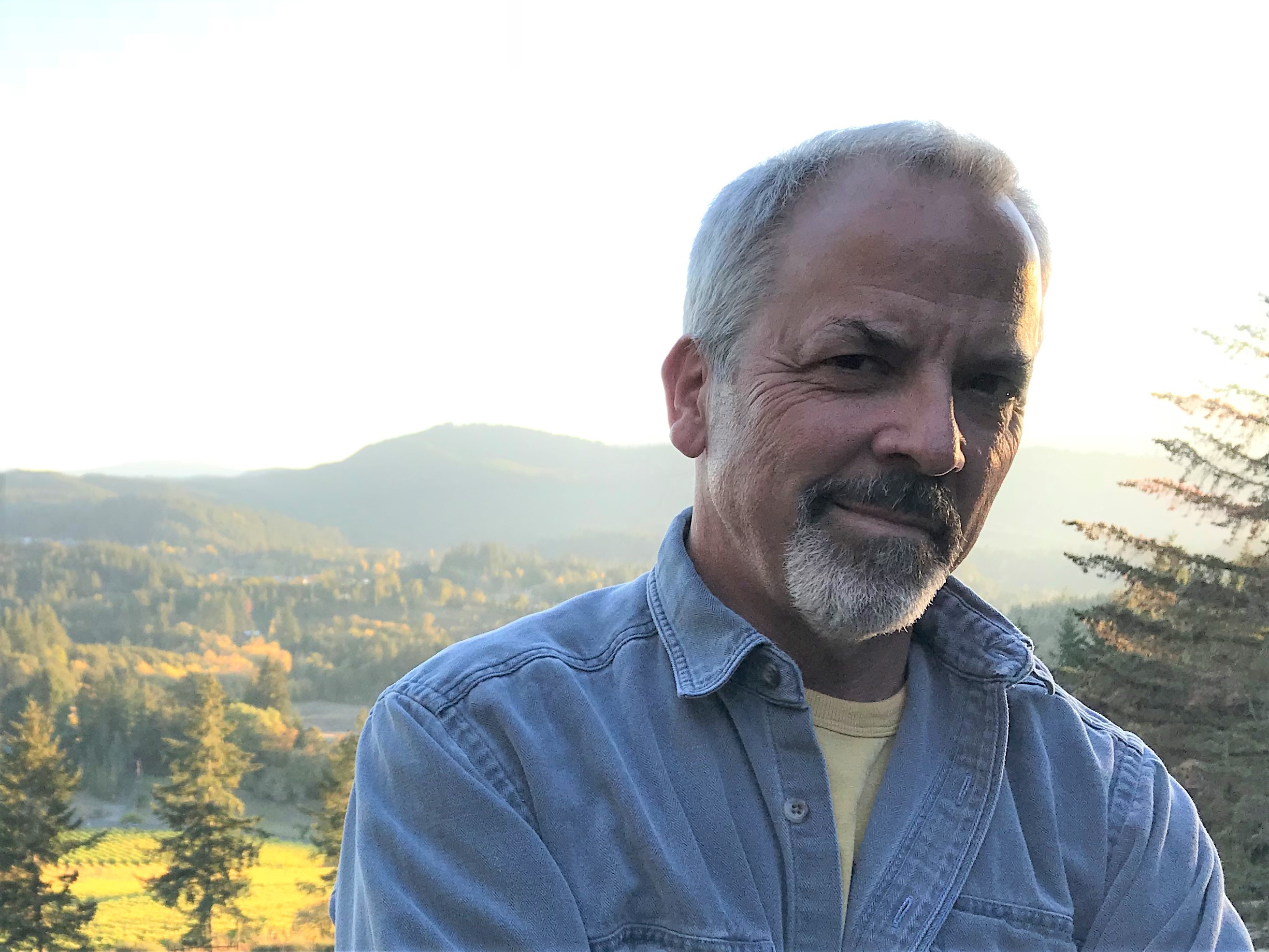 Our Time Alone Will Bring Us Together - Music Video 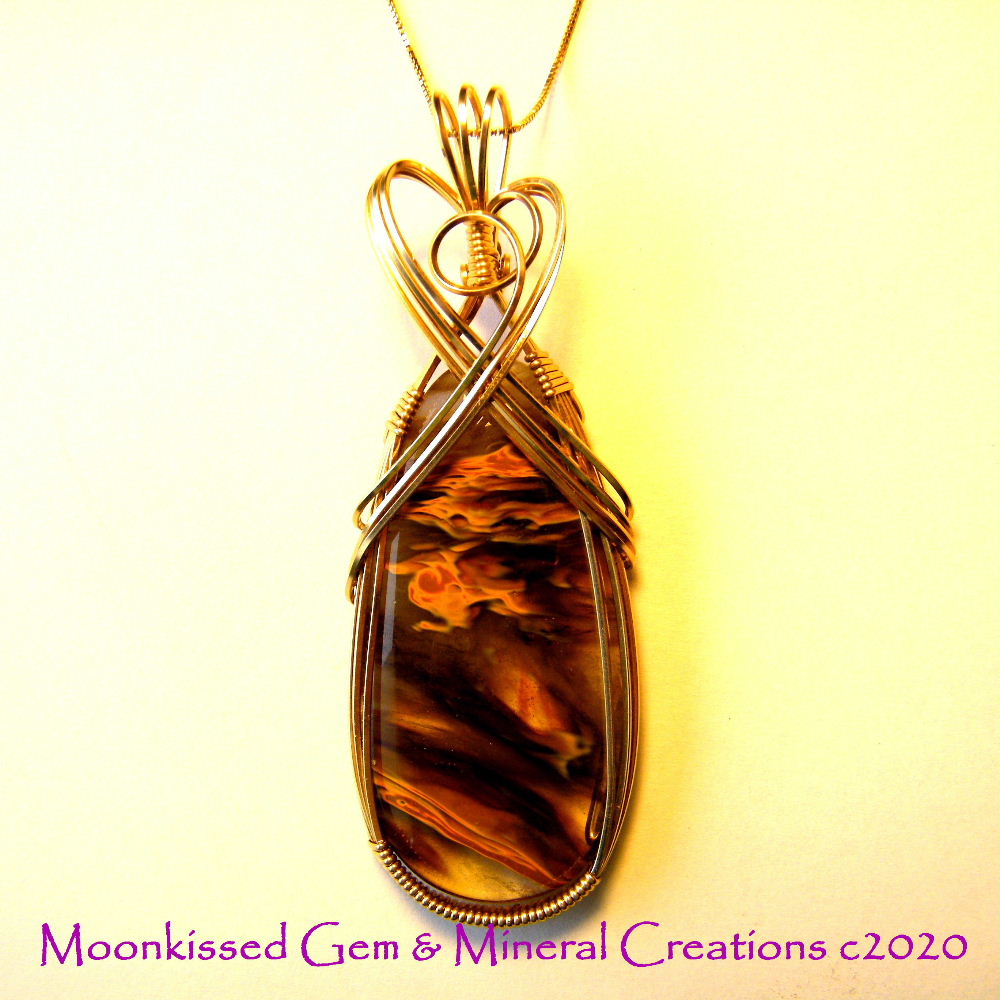 Bio: When not working as a nurse practitioner, Kathy Moon is looking for organic inspiration for her works in silver and gold fill wire and silver metal clay. 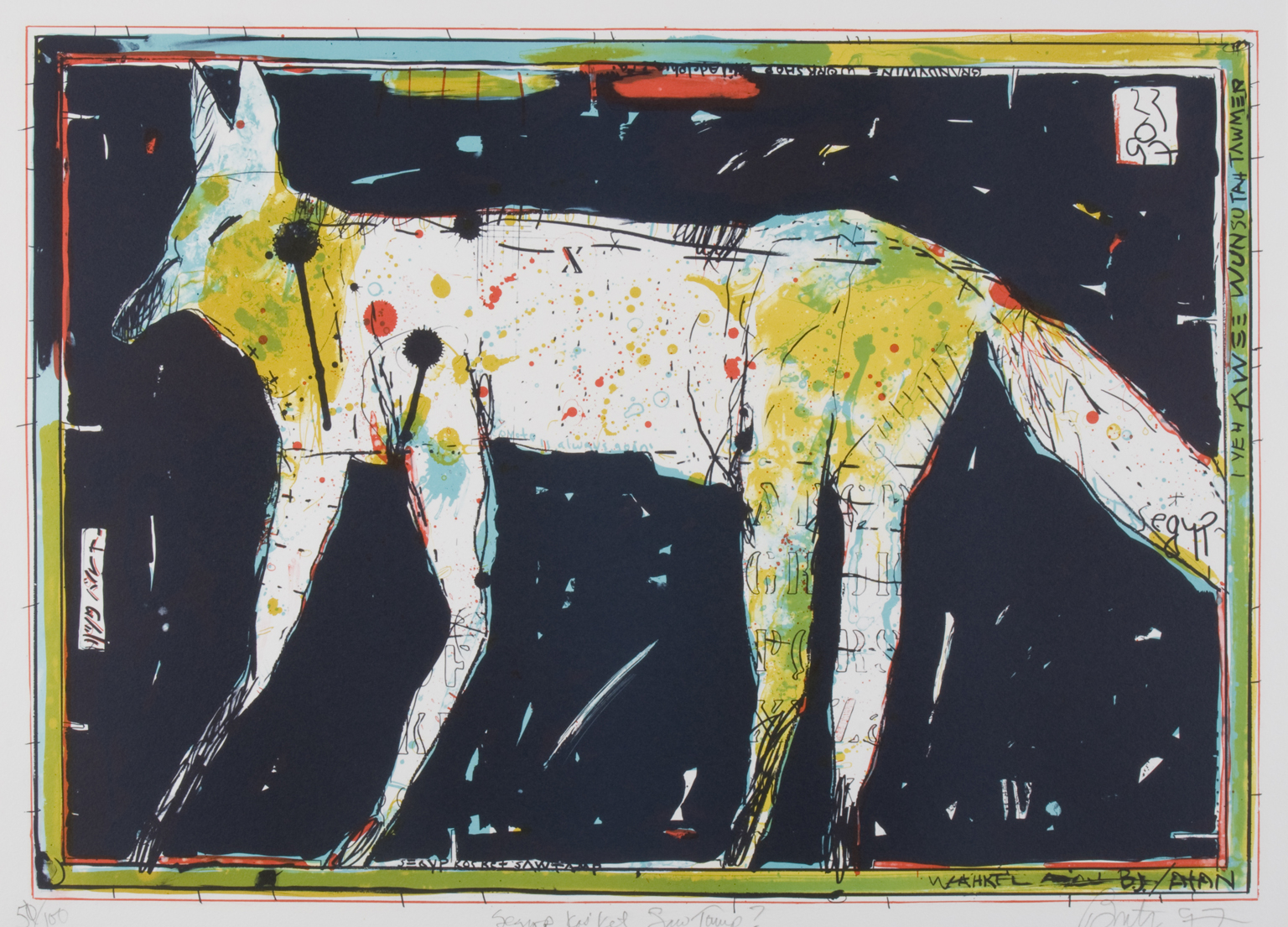 Bio: Rick Bartow (Wiyot), born on the Oregon Coast, is one of Oregon’s most important contemporary artists.

Note: The text is in the Yurok language; it was once thought that the Mad River Band, from which Rick Bartow’s father is descended, was Yurok. Rick did a good deal of study of that language and incorporated it into much of his work in the form of titles or text. It’s subsequently been proven that they were in fact Wiyot, another small group that was geographically close but otherwise quite different in language and customs. 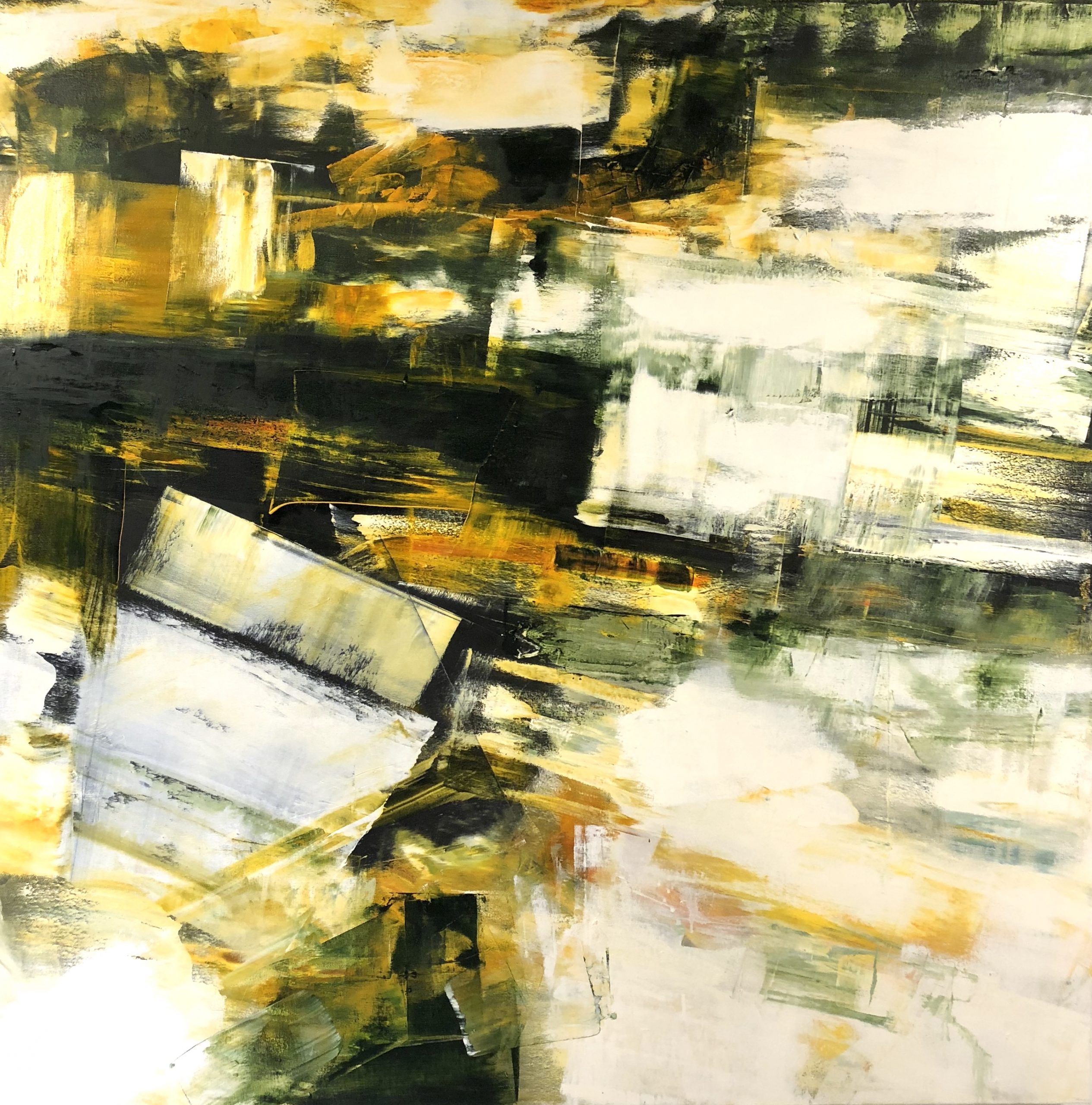 Bio: Darren Orange’s work is recognized throughout the Northwest and abroad. He has been presented awards from the Oregon Arts Commission, the Ford Family Foundation, and the Ucross Foundation Residency Fellowship. His work has been selected for exhibitions by Dominic Iocono of the Syracuse University Art Galleries, Michael Klein of the Microsoft Collection, and Bonnie Laing Malcolmson of the Portland Art Museum, and many others. 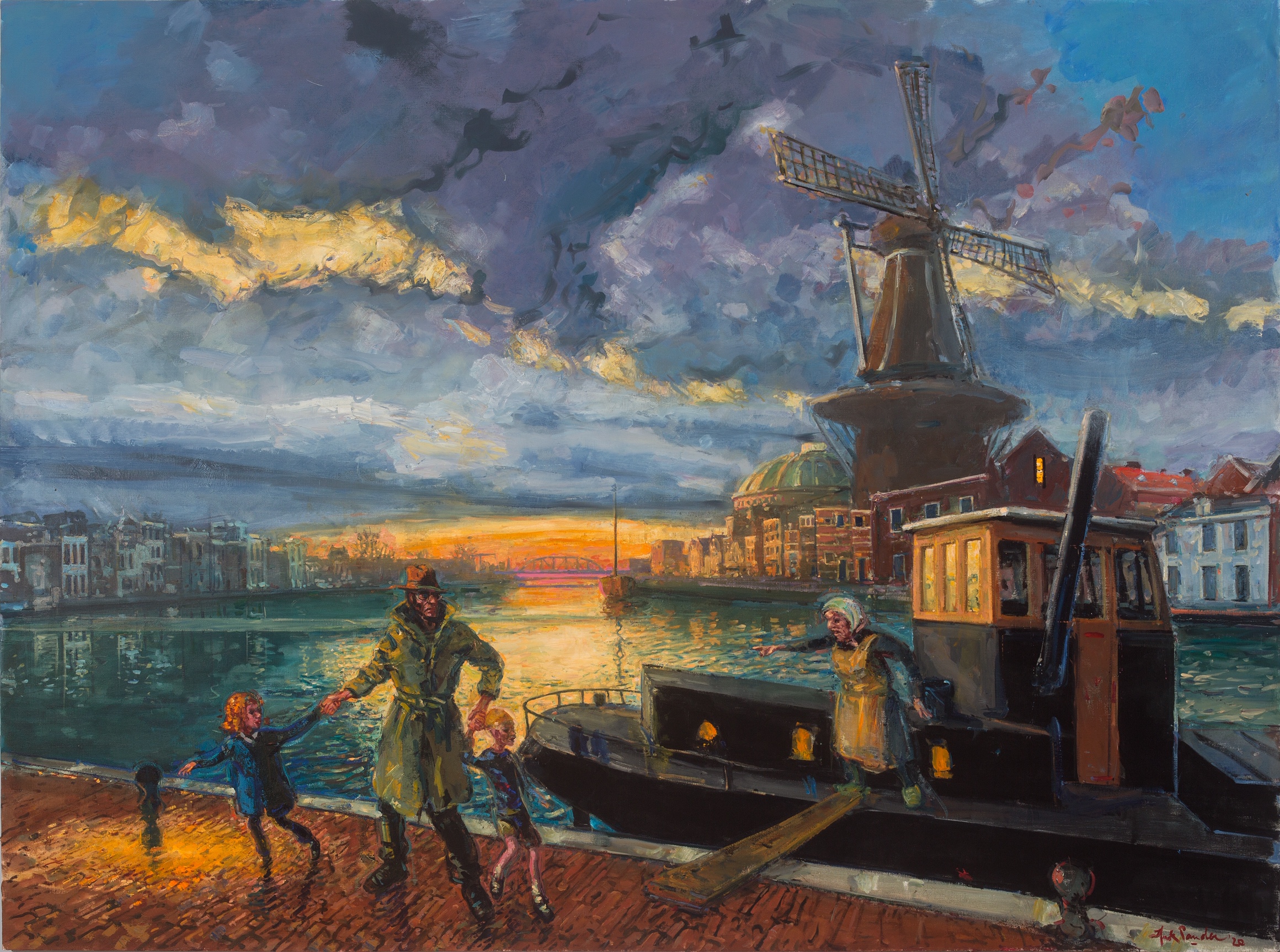 Note: Remembering the Hunger Winter from 1944-1945 in Haarlam during the occupation. 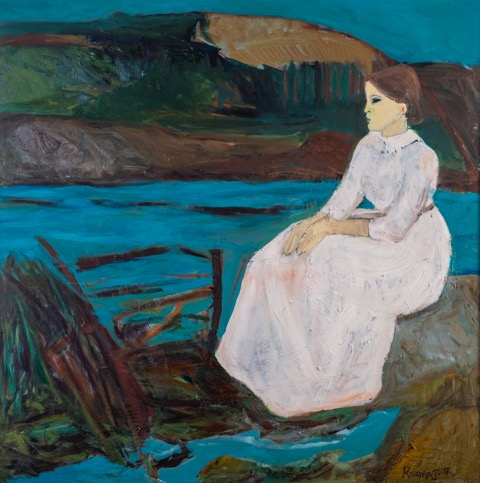 Bio: I’ve been a painter for 50 years and my subject matter is the Northwest and the environment.  A retrospective of my work was held at the Newport Visual Arts Center this past fall, 2019.

Note: This is a painting completed in 2019, and is of the outgoing tide on the Siletz River.

To purchase work(s), or for more information and images, contact OCCA VAC Director Tom Webb at twebb@coastarts.org or 541-265-6569!